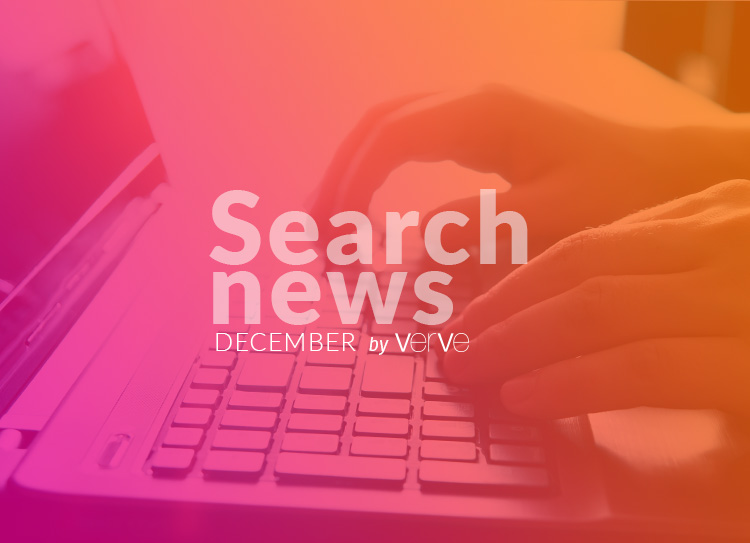 Now 2018 has said goodbye! We thought it would be a good time to look back at the most read stories to come out of the World in Search for 2018!

Page Speed Will Become A Ranking Factor In Mobile Search

As of July 2018, page speed will be implemented as a ranking signal in mobile search results. Google has stated that only pages that provide a very poor page speed, and as such a poor user experience, will be affected.

Google’s Zhiheng Wang and Doantam Phan had this to say.

The “Speed Update,” as we’re calling it, will only affect pages that deliver the slowest experience to users and will only affect a small percentage of queries. It applies the same standard to all pages, regardless of the technology used to build the page. The intent of the search query is still a very strong signal, so a slow page may still rank highly if it has great, relevant content.

Source: Month In Search for January-2018

Google has been testing their New Mobile First index for over a year now and this month they have now officially launched it. So they have now started indexing sites to follow their new mobile-first index. The main areas they are focusing on are:

This new way to index as been coming for some time now, and all of our sites here at Verve have been designed for this new way of thinking. We are keeping a keen eye on SERP ranking and will be monitoring them over the next few months for any change.

Google has opened up with more statistics for ‘google’s autocomplete search’ function for desktop and mobile, showing the benefits of the function by saying it saves users “over 200 years of typing time per day” by reducing typing by around 25 percent.

When this function was first rolled out it was hit with some controversy as some of the predictions lead people to accuse the company of being racist or leaning a certain way politically. This has moved the company to work hard in removing certain search terms, by offering people the ability to ‘report inappropriate predictions’

So General Data Protection Regulation (GDPR) If like me you have been receiving a lot of emails asking you to stay in touch, the reason why are the new regulations that came into force this month giving people more control of their details. Below is a brief overview of GDPR.

So what is GDPR?
The General Data Protection Regulation (GDPR) is designed to give everyday citizens more power over their personal data.

When did it come into force?
Organisations that did not comply by 25th May 2018 could face tough legal and financial penalties.

How does this affect you?
If you are a company or organisation who is using others personal data, you must show you are adhering to these new regulations. Read more about GDPR

If like me you just have a full inbox from businesses asking me if they can still use my details, this is a good opportunity to filter the companies and organisations you would like to keep in touch with. So as we are in May I would treat it like having a good spring clean.

Which Social Network is Driving the Most Traffic

This week I saw a Poll (Link) on twitter asking which social network was driving the most social traffic to their websites. The results were:

This isn’t too surprising, considering how big Facebook has become, with over 2.2 billion monthly active users, but just remember these results were across many industries and sectors. So you will still need to give a lot of thought to where your target audience are socialising and how you want to communicate with them.

Schema markup is data about data.. Before you switch off, if you are a website owner who cares about search engine racking, and to whether people can find you on the internet, the Event Structured data is something you need to consider for your site.

So what is Event Structured Data?
Event structured data communicates information about an event. It is commonly communicated with a script called, JSON. This is a list of the most important data to include in Schema.org Structured Data:

This month Google went a step further with a new Schema markup – Speakable specification. This new event mark up, named speakable, enables publishers to mark up sections of a news article that are most relevant to be read aloud by the Google Assistant, including devices like Google Home. This new structured event mark up will be an important factor for driving traffic to your site especially for websites that give reference or information.

Google announced it will soon be adding a separate line within Google Analytics (GA) to show traffic from Image searches. As a result, you might notice a drop in referral data, that’s because traffic from image search will be reclassified as coming from ‘google images instead.’

Google recently confirmed that there is no adverse effect if you use a single image multiple time throughout your site! Apart from being really boring! Still nice of Google to clear this one up.

In Googles latest search blog they released data about image searches! saying on average 63% of these searches turn into website traffic. This is mainly eCommerce traffic for people looking for products who prefer a visual reference than doing website searches. I was surprised when I read how high image search was as I see a lot of website images are not fully optimised. So If you have an image heavy website I recommend you run an image audit on your site as soon as you can to check your images are properly optimised, If you have concerns get in touch with me here at Verve and I’ll run a quick audit for you.

This month Google told us “Today we mark an important milestone in the Search Console’s history: we are graduating the new Search Console out of beta!”
Is this good news…hrr no! Don’t get me wrong some of the new features we have been talking about while Google console was in the beta stage of development have been welcomed, but we are still waiting for some of the functionally of the older console to either be moved to the new console or improved upon like the new performance tool! Moan over… sorry about that!

Another piece of software which has officially come out of there beta testing program this month is Google’s Data Studio. Data studio which is a part of Google’s Marketing tools, is a free data reporting tool that brings Google data together to help generate reports. Data studio also announced this month a better integration with non Google data related programs such as social media.

Source: Month In Search for September – 2018

Accelerated Mobile Pages (AMP) is an open-source library that provides a slimmed down mobile version of your Website or an individual web page for mobile users, which makes load times near instantaneous. In their latest update, the AMP team have added a lot more features, which will help developers create equivalent AMP pages that more closely resemble the original web page.

Input Masking
This feature will soon help users fill out forms by automatically adding formatting characters such as spaces.

Video Player Enhancements
The AMP video player is being enhanced with new features including adding mute and unmute buttons and the ability to play videos on loop.

Video Docking
This is a great feature which allows users to watch a video as they scroll through your webpage. A video will appear at the top when a user first lands on the page. As they scroll down the page the video will “dock” itself in the bottom corner of the page.

Page speeds are a big ranking factor for search engines, to set up AMP pages on your website does take a bit of work to simulate the look and feel of the original, but your speed performance can be dramatically enhanced and in some case speed up your site by over 60%.

If you are interested in incorporating AMP on your site, let me know as we can build you an AMP homepage and report on the kind of speed increases you would receive.

Google lighthouse tool is a website auditing tool built into your Chrome Browser – 0.69 This tool makes it easy to test your websites overall performance. This month Lighthouse has added another new performance indicator for Search Engine Optimisation.

Performance: Audits for metrics like first paint and time to interactive to determine lag.

Best Practices: Looks for everything from HTTPS usage to correct image aspect ratios.

SEO: Checks for best practices to ensure your site is discoverable.

Accessibility: Checks for common issues that may prevent users from accessing your content.

This lighthouse audit tool has a very nice way of giving you a simple, yet detailed overview of your site’s overall health and fitness. With these results, you can see which areas of your site should be a priority and track your site’s performance over time.

Finally, I would like to leave you with a video from Google search of the most searched events for 2018 – So until next time.. Enjoy a trip down memory lane!